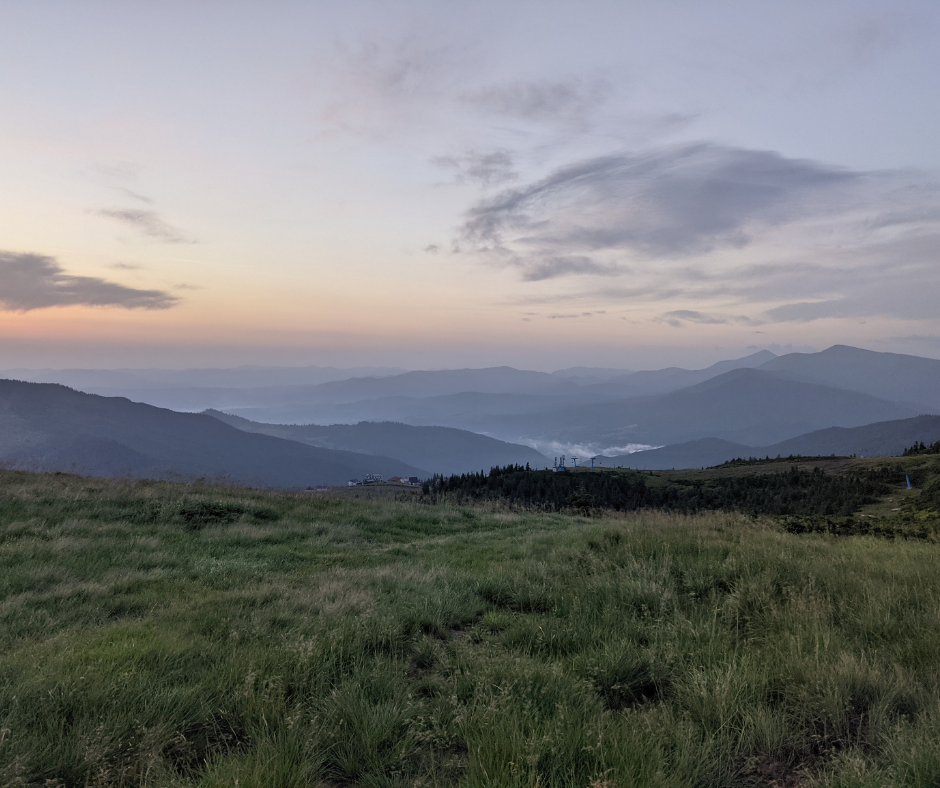 Since September 2021, the Office of the President of Ukraine has been promoting the idea of ​​holding the 2030 Winter Olympic Games in Ukraine. Volodymyr Zelensky first voiced this intention during a meeting with the head of the International Olympic Committee, Thomas Bach. But is Ukraine ready for such a large-scale event today? Experts and the Ukrainian public question the expediency of this idea. Holding the Olympics is an expensive event that could lead to an economic crisis in the country, as well as disrupt the unique ecosystems of Svydovets and Borzhava – untouched parts of the Ukrainian Carpathians, where they plan to build a large-scale tourist complex.

Risks to the environment

In early October, more than 30 Ukrainian NGOs working in the fields of nature protection and tourism submitted an open letter to the International Olympic Committee. Activists are concerned that large-scale construction projects planned in the Carpathians could permanently damage one of Europe’s last truly outstanding wilderness areas, including UNESCO World Heritage sites.

“The Ukrainian government is using talks about holding potential Winter Olympics to justify extremely destructive projects involving oligarchs who carry significant risks of environmental destruction and corruption,” the letter said. “These projects do not follow the principles of sustainable development in any way. They certainly do not correspond to the ideals of the Olympic Games,” – the activists emphasize.

● All of the areas in question are located below 2000 metres which makes them unsuitable for Winter Games in times of climate change.

● The planned mega resort for Svydovets and Borzhava are not based on existing infrastructure and communities. Instead, they would be erected in the middle of largely untouched landscapes in a highly fragile mountain ecosystem.

● Dozens of endangered plant and animal species live in these areas of outstanding biodiversity, including a number of endemic species.

● Even today, sufficient water supplies are an issue of major concern in the region. Fair and balanced water management would be a great source of conflict with local communities given the resorts’ massive water consumption

Bukovel wastewater currently enters the local river without treatment. Approximately 5,000 tons of wastewater produced daily by the resort could have catastrophic consequences. This will inevitably have a significant transboundary impact on the environment.

● In anticipation of the resort’s projects and rising land prices, local dignitaries and politically connected persons have already begun to illegally appropriate land in the planned resort areas.

● In the context of the ongoing Svydovets mega resort plans in the Yasinya region, Ukraine is failing to comply with UN protocols such as the Aarhus convention and the Espoo convention. In March 2019, the Espoo convention secretariat opened a case file on the issue following a complaint by Hungary. To this day, Ukraine has failed to officially address the questions raised by Hungary over the Svydovets resort plans.

● The resort plans are linked to individuals with a highly questionable track record in terms of governance and compliance with proper procedures.

Due to the fact that today Svydovets and Borzhava do not have any infrastructure, the construction of the tourist complex will be a large-scale project: it is planned to build more than 60 hotels, 120 restaurants, 33 ski lifts, 230 km of slopes, several shopping, medical and fitness centers, as well as banks, multi-storey car parks and even a runway. It is expected to receive up to 28,000 tourists daily.

All this requires considerable funding. The BBC has investigated how much it can cost to host the Olympic Games in Ukraine. After all, Mykhailo Podoliak, an adviser to the President’s Office, previously stated that the contributions of investors would be 100% sufficient to prepare for the Olympics.

Journalists found that according to research in 2020, the Olympics cost an average of $ 12 billion, excluding infrastructure and hotels.

However, it is difficult to estimate the final cost, it may increase. Thus, it was assumed that the Winter Olympics in Korea in 2018 wouldcost 7 billion dollars, but it turned out to be13 billion. In general, each Olympics since the 1960s has cost more than originally planned, says Professor Jules Boykoff of the University of the Pacific in Oregon.

The 2004 Olympics in Greece weakened the country’s economy and deepened its financial and economic crisis. The government has estimated that it spent $ 11 billion to organize the games. However, this amount does not take into account the cost of the new metro system and the new airport in Athens, as well as the expansion of roads.

Given climate change and declining global interest in the Olympics, the viability of the project is highly questionable.

In addition, the construction of the resort is associated with people who have a very dubious reputation in the field of governance and compliance with proper procedures.

Given all the above, the Ecoclub supports activists who condemn the idea of ​​holding the Winter Olympics and building a resort complex in Svydovka and Borzhava, which is presented to Ukrainians as an attempt to make Ukraine the “Eastern European Alps.” Untouched nature and rich biodiversity are an invaluable heritage that we have received and to which future generations of Ukrainians are entitled.