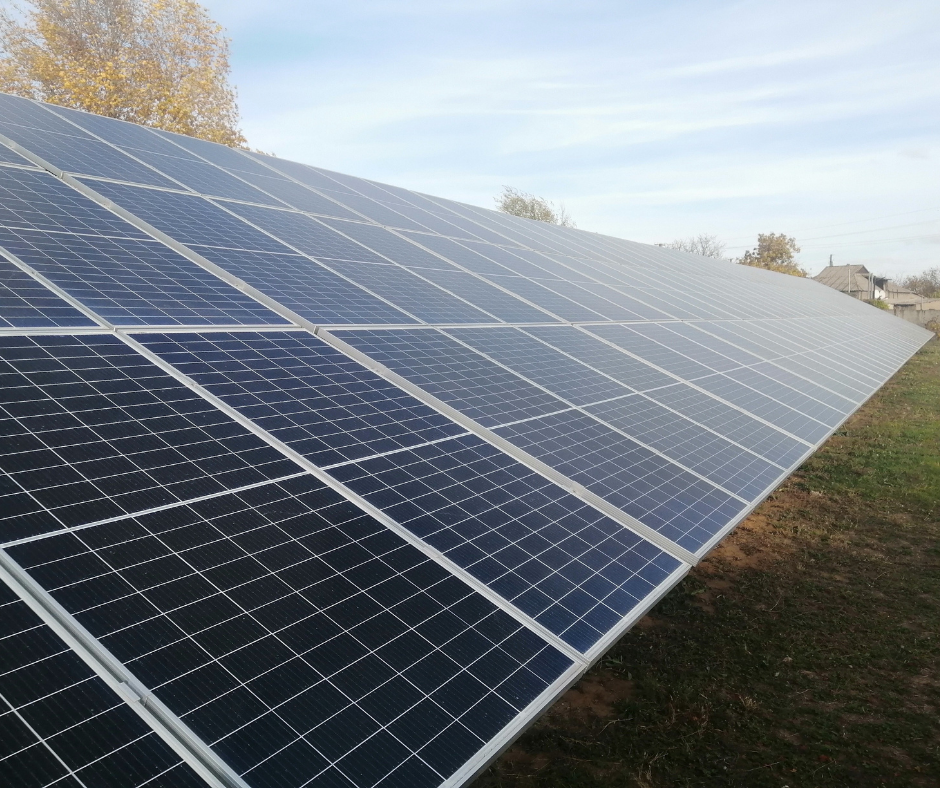 In August 2020 in the city of Voznesensk (Mykolaiv oblast) at the municipal water utility “Water Supply of Voznesensk” a solar power plant (SPP) started working. Its capacity is 50 kW.

The decision to install the SPP for the utility arose due to the constant rise in the price of electricity, which accounts for up to 40 % of the tariff for water supply and sewerage.

During the first month of operation in test mode, the station generated 8.3 MWh of electricity for the company’s own use, which saved the company 25,000 hryvnias. In total, during the year of operation – from September 2020 to September 2021 – it produced about 71 MWh, which is equal to approximately 300 000 hryvnias. For comparison: this amount of electricity can power 144 apartments – one standard apartment building – for a month.

“Energy will continue to rise in price,” said Oleksii Vdovichenko, director of Voznesensk Water Supply. “Our own SPP covers only a part of our needs today – 10 % for the largest water pumping station – “Matrosova”, where it is installed. However it gives us the opportunity to restrain the growth of tariffs for water supply and sewerage for residents, as well as low energy independence.”

Water pumping station “Matrosova” is located on a plot of land with an area of ​​2.0 hectares, which provides enough space to place a solar power plant with a capacity of about 500 kW, i.e. increase the existing 10 times.

It is estimated that such an expanded station will be able to produce about 650-700,000 kWh of electricity per year, which will meet about 80 % of the needs of the pumping station and about 35 % of the entire enterprise.

“At the price of electricity from October 1, 2021 Water Supply of Voznesensk will be able to reduce electricity costs by about 3000.00 hryvnias. (700.00 thousand kWh x 4.30) annually , which in turn provides the opportunity to keep the existing water tariff, and perhaps even gradually reduce it,” – said Oleksii Vdovichenko.

In addition to economic benefits, such as reducing the consumption of “traditional” nuclear or coal electricity and creating new jobs in the community for maintenance, SPP will also help reduce 25,200 tons of greenhouse gas emissions annually.