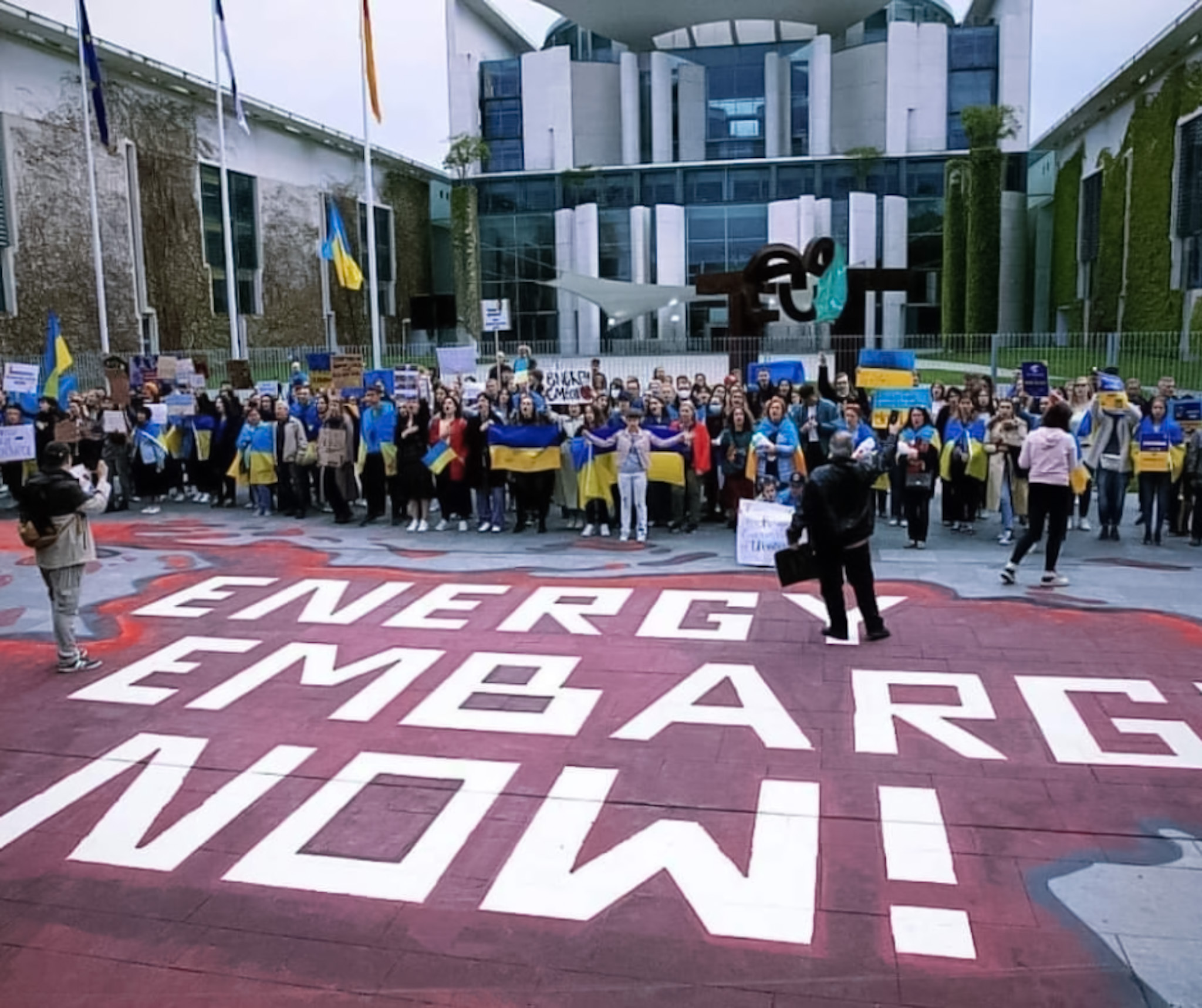 The energy company EnBW is not ready to negotiate with Ukrainian environmental organizations, and the search for alternative sources of coal and gas only shifts the problem to other crisis areas.

Germany’s third-largest energy supplier, EnBW, continues to be one of russia’s largest customers, even two months after the start of a devastating aggressive war against Ukraine. It is criticized by Ukrainian and German environmental organizations.

The figures from the current annual report show how dependent the Karlsruhe group has become on russia: with 3.57 million tons of a total of 4.19 million tons, around 85 percent of the hard coal imported in 2021 came from russia. It is estimated that at least 50 percent of the 495 TWh of fossil gas imported also came from there.

This dependence means that EnBW – despite systematic war crimes and thousands of deaths as a result of russian aggression – continues to receive gas and coal from russia. This is justified by the “particular responsibility for the secure supply of electricity, gas, district heating and water in our country”, as EnBW announced in an exchange of letters with Urgewald and a coalition of Ukrainian environmental organizations.

Sebastian Rötters, energy campaigner at Urgewald, comments: “The question arises as to why this ‘secure supply’ is sufficient as an argument to continue financing the worst war criminals. In all the years of warnings about russia, EnBW didn’t think any further than the next coal or gas delivery. Obviously, completely blind to the crisis and without any foresight, dependencies were created and maintained because the cheap russian gas and coal prices could not be resisted. As a result, EnBW not only helped to deliver Ukraine to the knife but also put itself in a situation in which, according to its own statements, the security of supply depends to a large extent on Putin’s mercy. Who is actually taking responsibility for the human rights declaration of bankruptcy and the catastrophic supply chain management at EnBW?”

In addition, EnBW does not seem to learn from these mistakes. Because the russian coal deliveries are now to be replaced by deliveries from other problem regions, for example from Colombia and South Africa. In the case of gas, the situation is probably no better from an environmental and human rights perspective due to the increased import of LNG, but EnBW has not yet provided any more specific information on possible suppliers. Despite the current situation, EnBW is sticking to its plans to convert coal-fired power plants to gas-fired power plants.

Rötters: “The refusal of EnBW and the state government to talk to the Ukrainian environmental organizations EcoAction, Ecoclub and Ecoltava is downright obscene. Under the most adverse conditions, they fix the environmental destruction caused by the russian war of annihilation and the dangers posed by the attacks on Ukrainian nuclear power plants.” The environmental organizations have repeatedly asked EnBW and the state government of Baden-Württemberg for a meeting.

“It is very disappointing that EnBW representatives and also the state government of Baden-Württemberg have decided not to speak to us, although other companies and representatives of the federal government have already done so. It only illustrates the hypocrisy and fear of having to defend their continued engagement with russia. The war against my country is also being financed with the money from EnBW. It cannot be justified that they continue to make payments to the aggressor who is murdering thousands of men, women, and children in my country, razing entire cities, and wanting to destroy our identity and culture,” said Nataliya Lushnikova, energy expert at the Ukrainian environmental organization Ecoclub from Rivne.

You can find the counter-motion and complete list of questions from Urgewald and the umbrella organization of critical shareholders here.

In 2021, EnBW imported around 495 TWh of natural gas, 20 percent of which from Gazprom. Half of the gas that EnBW purchases via gas hubs for business in Germany also comes from russia.