Developing your city and saving the planet in the same time is possible by joining Covenant of Mayors. Signatories of the covenant have to develop a comprehensive plan to reform municipal energy sector in order to reduce emissions of greenhouse gases. Environmental NGOs have investigated to which extent plans of Ukrainian cities lead to these goals.

Press-release 31.05.2018 Ecoclub-RPR: Covenant of Mayors takes Ukrainian cities to the next level of development because it establishes accounting of greenhouse gases emissions and links cities to the international climate movement. Ukrainian communities can play a key role in a transition of country towards low carbon economy as they develop and implement SEAPs**. Such economy is the only way to limit global climate change. 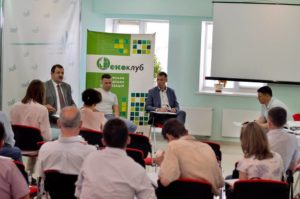 Experts from CSOs have analyzed Sustainable Energy Action Plans (SEAPs) of Ivano-Frankivsk, Kremenchuk, Poltava, Rivne an Khmelnytskyi. The plans differ significantly in quality, goals and coverage of sectors of economy. Some of plans almost does not lead to reduction of greenhouse gases emissions. In the same time, other plans represent a comprehensive strategy document that transform cities into leaders of energy efficiency. Only one of five cities, that is Khmelnytskyi, have demonstrated qualitative approach to development and implementation of SEAP. According to the methodology for analysis of energy plans, which was developed by Ecoclub, Khmelnytskyi has scored 20 of 24 possible. While Rivne and Poltava have scored only 9 and 8 correspondingly. Ivano-Frankivsk and Kremechuch have scored 17. Experts evaluated such criteria as: size of commitments on reduction of CO2 emissions, coverage of all sectors of economy, existence of perspective goals, economic feasibility of planned measures and their innovativeness, development of RES, transparency of monitoring and reporting. 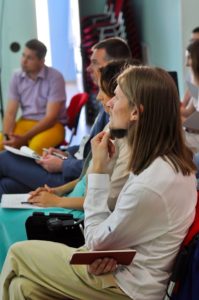 “By the analysis of SEAPS Ecoclub wanted to make sure that they really lead to reduction of emissions and sustainable development of cities – comments Illia Yeremenko, project coordinator and chair of Ukrainian climate network – We have found that not all cities have equally effective plans and try to understand how to rectify the situation. We have received request from interested partners in Armenian and Georgia, therefore we envisage application of our methodology to SEAPs of other cities in Eastern Europe”.

Paris Agreement** aims to hold increase of global temperature below +2C to reduce climate risks. Despite this, currently humanity implements development suicidal scenario that will lead to an increase of global temperature by at least 4 celsius degrees. Decentralization reform provides local authorities with sizeable opportunities in shaping development scenarios that lead to reduction of emissions. Increasing role of transport in emissions, inability to influence industrial emissions and need for significant investments – these are the biggest challenges faced by Ukrainian signatories of Covenant of Mayors. 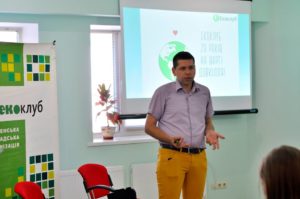 “The conventional wisdom among high-level officials is that economic development is intrinsically linked to increase of fossil fuels consumption. However, the reality is different. Nowadays economic development is achieved by investments into thermal renovation, renewable energy sources and in circular economy. Inevitably we will come to such solutions, but the longer we defer the more expensive it will be” – adds to his colleague’s opinion Dmytro Sakaliuk of Ecoclub.

Downoload summary of the report (in English)

Methodology for SEAP analysys (in Ukrainian)

The analysis of SEAPs have been conducted by NGO Ecoclub, NGO Ecoltava, Agency of sustainable development ASTAR, NGO UYCA, NGO “Nash dim Manyava”, NGO “Society of nature protection of Kremenchuk” in frame of the project “Public participation in SEAPs” which is being implemented by Ecoclub in frame of the programm ”Public budgets from a to z: greater civil society awareness, access and participation” which is being implemented by Easter Europe Foundation in partnership with Foundation of Polish-Ukrainian cooperation “PAUCI” with financial support of European Union.