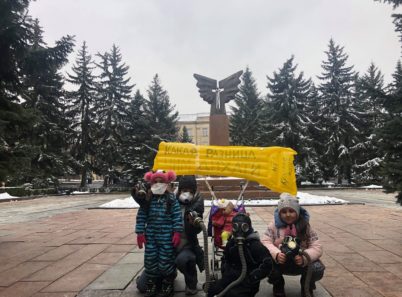 “Consideration of construction documents of a woodworking factory in Horodok village near Rivne is only possible if an independent environmental monitoring system will be part of it and EIA will be conducted. ”- Ecoclub. Currently, none of them is in place . Members of the temporary deputy commission of the Rivne City Council are studying.. read more →

Energy cooperatives are an effective tool for providing communities with energy, development of local economy and savinf of environment. The experience of Austria, Denmark, Germany and other European countries, where the number of such cooperatives is constantly growing, shows good prospects for Ukrainian communities. This is stated in the booklet published by the Ecoclub. It.. read more →

Welcome to the Climate Ambitions of Cities Forum

On November 28-29, mayors of Ukrainian cities, members of the Government, scientists, public figures and top experts will gather in Lviv at the National Climate Ambitions of Cities Forum to jointly decide how cities live in new climatic conditions. Mankind has well shaken the climate: it has become “nervous” and unpredictable. Now we have to.. read more →

Sun, biomass and wind are the most promising renewable energy sources of Khmelnytskyi region 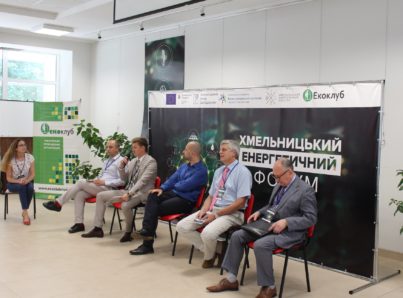 On June 11, activists of Ecoclub and Khmelnytskyi Energy Cluster presented to the public and experts an analysis of the potential of renewable energy sources in Khmelnitskyi. The analysis was developed with the financial support of the European Union and the International Renaissance Foundation within the framework of the project Public Synergy. Khmelnytskyi is the.. read more → 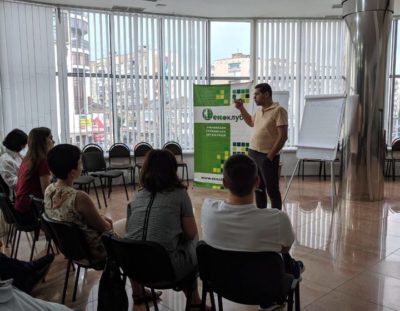 Ukraine has opportunity to switch to 91% of renewable energy by 2050. Reducing CO2 emissions, developing local economies and the energy dependency of Ukrainian communities are part of the benefits of this transition. The first step is to analyze the potential of green energy on the ground. On June 12, during a seminar in Khmelnytskyi.. read more →

Financial motivation to save energy in hospitals 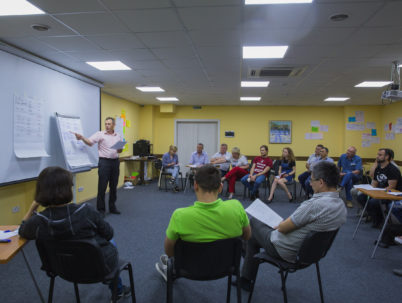 Ecoclub gathered energy managers of central Ukraine in Vinnitsa for three days for training. At the training on May 29-31, thirty representatives and representatives of hospitals from Khmelnytsky, Kyiv, Vinnytsia, Rivne, Zhytomyr, Chernivtsi regions listened to the presentations of specialists in buildings, management and finance. In Ukrainian hospitals there is no such position as an.. read more → 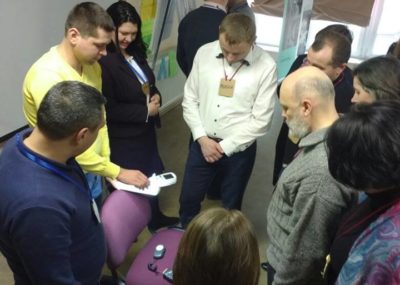 The cost of energy consumption in budgetary institutions of Ukraine is three times higher, compared to European countries. Due to inefficient energy consumption, obsolete infrastructure and lack of energy management, the Ukrainian budget loses a considerable amount each year. Gradually, the situation is changing: in recent years, the number of energy efficiency projects in municipal.. read more →

What do you know about the energy plans of Rivne? Poll of Ecoclub 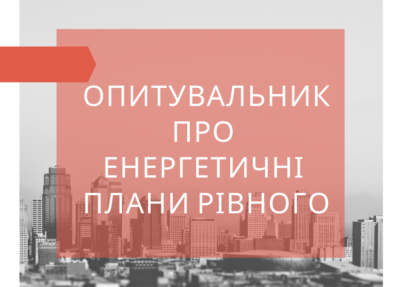 We invite equally to join the survey of the Ecoclub about the awareness of the city’s residents about the implementation of its energy plan. Complete the questionnaire In this questionnaire you will be able to share your knowledge, learn more about the plans of the city of Rivne in the energy sector and the possibility.. read more → 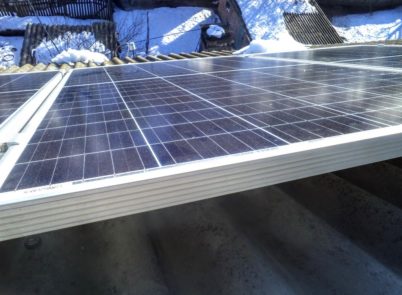 As a result of the cooperation of Ecoclub and Chupakhivka Amalgamated Community (Sumy Oblast),  the kindergarten “Sonechko-1” (Chupahivka village) received both polycrystalline solar panels and a boiler. The realization of this project will significantly save energy costs in the preschool “Sonechko-1”. Solar panels were manufactured and mounted on the roof  of the kindergarten by LTD.. read more → 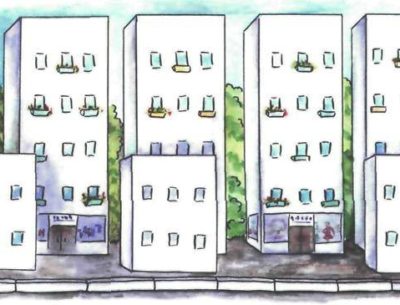 Klevan, an amalgamated community, has created a revolving fund to support energy efficiency and renewable sources. This is the first in the Rivne region and the third such fund in Ukraine. This tool and other like it prevent climate change and develop the local economy. On June 27, 2018, the Klevan settlement council deputies almost.. read more →