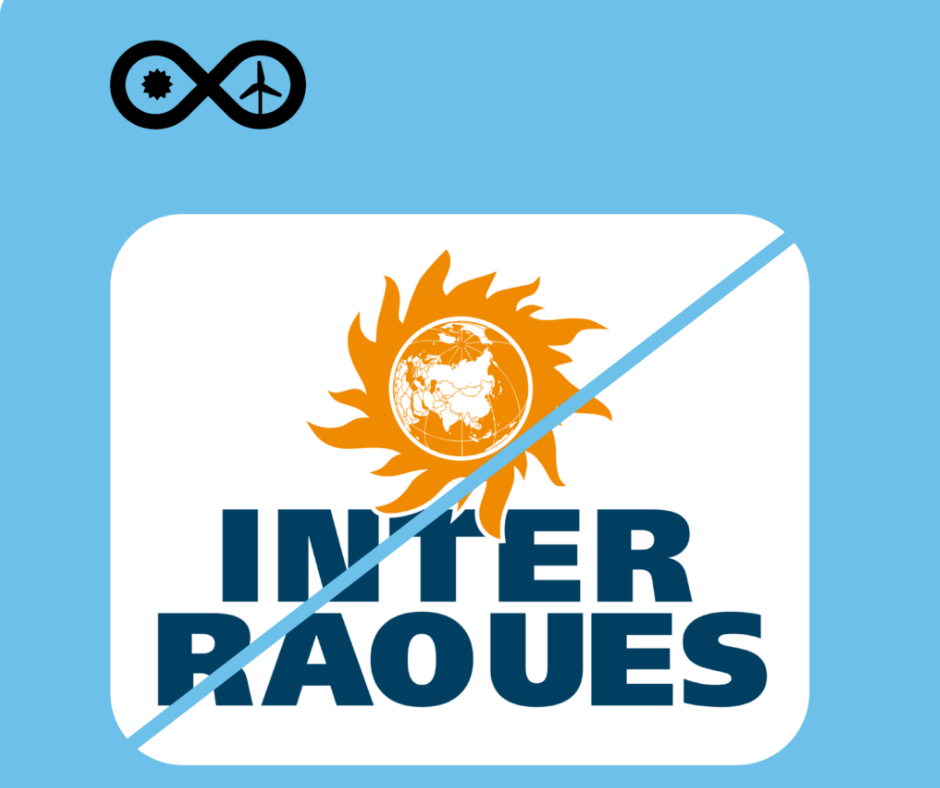 We, the coalition of NGOs and municipalities “Energy transition”, consisting of NGOs Ecoclub, Ecoaction, Ekoltava, Khmelnytskyi Energy Cluster, All-Ukrainian Sustainable Development & Investment Agency, PravoPolice, Social Initiative “City of the Sun” and Mykolaiv municipality, call on the governments of EU members, the USA, and the UK with a request to immediately impose sanctions against one of the key instruments used by the leadership of Russia for energy blackmailing and undermining of the energy security in neighboring countries.

The energy company Inter RAO UES is a monopoly in the sector of electricity export from russia, as well as it controls power generation and grid infrastructure of power supply in Eastern Europe, Caucasus, and Central Asia countries. The company’s position gives the Kremlin leverage of economic and political influence on the region’s governments and undermines their energy security.

The chair of the board and an executive director of Inter RAO UES is Kovalchuk Borys Yuriyovych, a son of Yuriy Valentynovych Kovalchuk. The latter is the largest shareholder and former chairman of the board of directors of “russia” bank, where he owned 38% of shares in 2013, which is considered a personal bank of the top officials of the russian federation. He belongs to the closest circle of president putin. Kovalchuk is a co-founder of a so-called summerhouse
cooperative “Ozero,” a community that brings together an influential group of people from putin’s surroundings. On March 20 in 2014 Kovalchuk was subject to financial and visa sanctions from the USA against russian citizens involved in the annexation of Crimea. Later Kovalchuk was included in sanction lists by EU countries, Canada, Switzerland, and Australia. The updated sanction list of the United Kingdom (as of 25.03.2022) also includes Yuriy Kovalchuk.

In addition to Kovalchuk’s son, Sechin Ihor Ivanovych is also a board member of the board of Inter RAO UES. He is the president of the state company “Rosneft” and is one of the most influential figures in russia after putin.

In December 2020, the Moscow city court detained for 15 years Karina Tsurkan, a director of one of the Inter RAO divisions, who was charged with espionage on behalf of Moldova, which she denies and refutes because of the lack of evidence. State repressions that are applied to her demonstrate the very close ties between the company and state administration and are a blatant violation of human rights.

Inter RAO UES serves russia’s political goals by controlling assets in the power sector in the annexed Crimea, occupied Donbas, and Transnistria. In Transnistria, a russian-controlled part of Moldova, the Kuchuhuan thermal power plant of 2520 MWt is located. LTD “Moldavska HRES” operates the power plant, a subsidiary enterprise of Inter RAO UES. The primary fuel – russian natural gas – is permanently subsidized through a shady deal according to the “agreement with the Transnistria government on the measures for state support.”

Before the Ukrainian and Moldavian transmission systems synchronized with ENTSO-E, Kuchuhuran TPP had been the leading electricity supplier in Moldova and had a monopoly, with the market share exceeding 80%. Now it’s the biggest foreign asset owned by Inter RAO UES.
Money flows related to the company and the corresponding corruption schemes support the prorussian separatist regime in Transnistria and allow the Russian federation to intervene in the internal affairs of Moldova. Currently, after the synchronization with ENTSO-E, Inter RAO UES continues to undermine the energy, economic and internal security of Moldova through control of the asset.

The war led to a drastic decrease in the electricity demand in Ukraine while the irregularities of electricity production increased due to the seasonal increase in solar energy generation. Due to that, Ukraine experiences difficulties balancing the power system, and there is a significant surplus in installed capacities. At the same time, Moldova is forced to buy energy from the russian monopoly at inflated prices while subsidizing the gas supply for the thermal power plant.

In the light of the provided facts, we call on taking the following steps:

We ask you to immediately introduce sanctions and take necessary legal and financial measures in accordance with the EU legislation and the conditions of the Treaty establishing the Energy Community.

Sincerely,
Coordinator of the Coalition