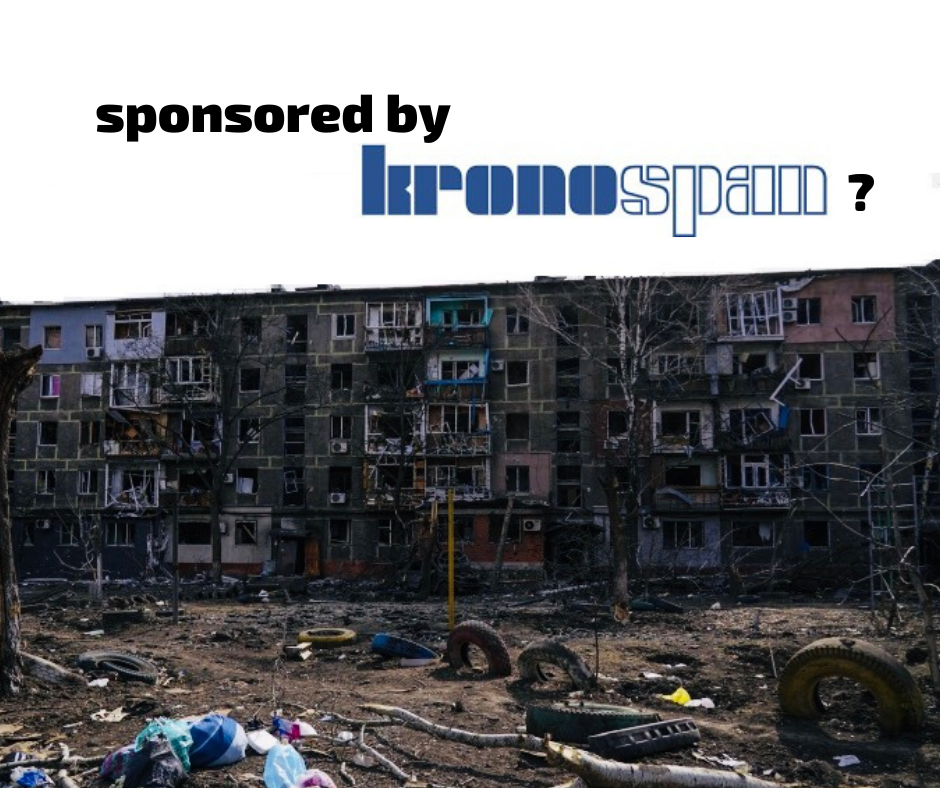 Kronospan should stop financing the war in Ukraine

It has been a month since Russia’s full-scale war against Ukraine. Ukraine’s largest cities are being destroyed, nuclear power plants are being shelled, thousands of civilians have been killed, and more than two million refugees have already left Ukraine, around 10 million – relocated internally.

Kronospan is an international company with more than fifty factories worldwide, and four of them are still operating in Russia and two in Belarus.

Now the biggest global companies are announcing their exit from the markets of Russia and Belarus, showing united international support to Ukraine. Kronospan Foundation, Kronospan España, Kronospan Szczecinek and Kronospan Zvolen are supporting Ukraine by humanitarian aid but having its sites and offices in Ukraine Kronospan has not yet expressed any position on the war on Ukraine publicly. We understand that closing the sites and laying people off in Russia and Belarus is no easy decision. However, by continuing its activities in Russia and Belarus, Kronospan finances military aggression, invests in Putin’s war crimes and deepens the humanitarian catastrophe in Ukraine.

In addition, the FSC agreed to suspend all trade certificates in Russia and Belarus and blocked all supplies of controlled timber from the two countries until the end of the war. Sales of products to the EU and the US will soon be unavailable.

We, Ukrainian civil society organizations listed below, call on Kronospan to suspend its activities in Russia and Belarus, suspend the use of Russian and Belarusian raw materials, and, being accountable to its employees in Ukraine, condemn Russia’s attack on Ukraine.