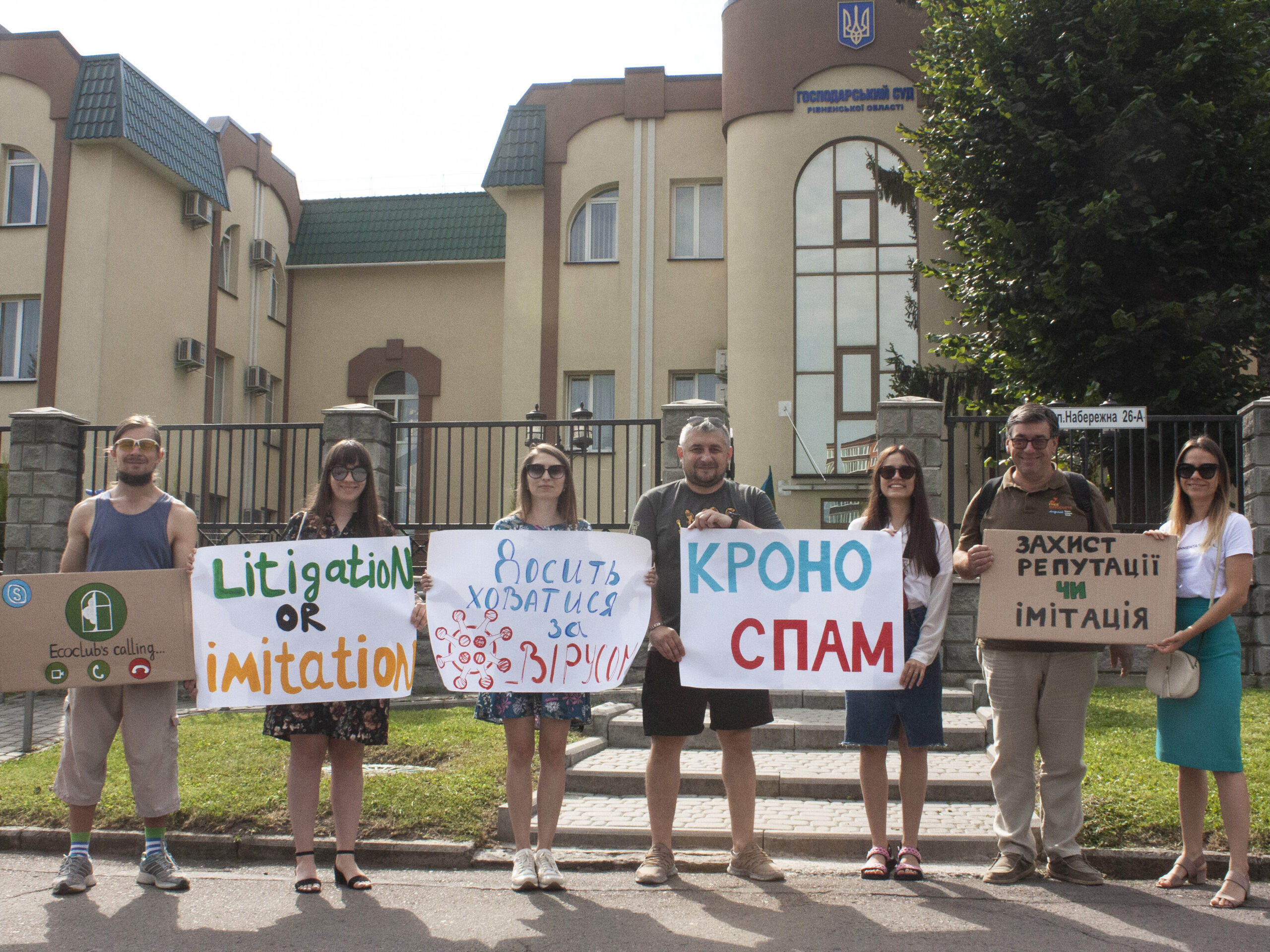 On August 5, 2020, the Commercial Court of Rivne Oblast finally began consideration of the case on the merits of the claim of Technopryvid Invest Group LLC, representatives of the Kronospan wood processing plant Kronospan, to Ecoclub.

The plaintiff has not appeared in court for the sixth time.

n their speeches representatives of Ecoclub highlighted that the requirement to refute public comments on the environmental impact assessment (EIA) of the planned activities of the plant is an undermining of the basic principles of both the Environmental Impact Assessment Law and the Aarhus Convention*. According to the Article 3 of the Convention, Ukraine has undertaken a commitment to ensure that people enforcing their rights under the provisions of this Convention with regard to public participation in environmental decision-making are not punished, persecuted or oppressed for their activities in any form.

“In case a decision is made in favor of Technopryvid Invest Group LLC, it will create a precedent which may make other activists wary of making public statements and remarks, as they may be prosecuted. Moreover, spending time and resources to defend their interests in court on the claims of such “responsible investors” is a good reason for many not to comment on the planned projects, said Vitaliy Kitovsky, a defence counsel of the NGO “Ecoclub.

At the same time, we emphasize once again that all our comments to the EIA report on the impact on the environment and people’s health from the planned activities of the Kronospan wood processing plant are based on information published by the company itself.

Ecoclub has analyzed the EIA report of the planned Kronospan wood processing factory and stated that the background concentration of formaldehyde in the village of Horodok has already 4.6 times exceeded the safe level, while the concentration of benzene – 10 times.

In February, 2020, Technopryvid Invest Group LLC appealed to the Commercial Court of Rivne Oblast with a statement of claim to the NGO “Ecoclub” on “protection of business reputation and refutation of unreliable information”.

They also requested compensation of 150 000 UAH (5000 EUR approx.) for non-pecuniary damage caused to its reputation, which was subsequently reduced to 1 hryvnia (.03 Euro)

The next court hearing will take place on September 14, 2020.

* The Aarhus Convention grants the public rights regarding access to information, public participation and access to justice, in governmental decision-making processes on matters concerning the local, national and transboundary environment. It focuses on interactions between the public and public authorities.