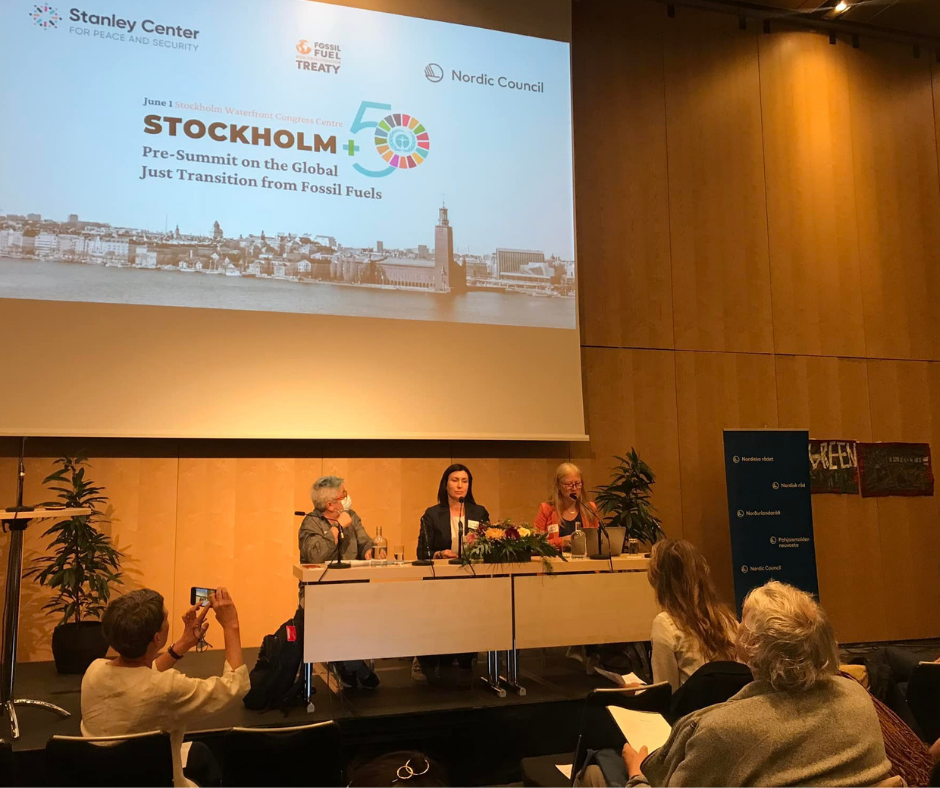 The final document of the Stockholm+50 conference may mention the commitment of the world to stop distributing and extracting fossil fuels.

So far, international commitments, including the Paris Agreement, have not been about giving up fossil fuels.

Yesterday, 1 June, more than 50 public sector actors from around the world gathered in Sweden to highlight the use of coal, oil, gas and its implications for the Stockholm+50 Global Just Transition from Fossil Fuel event. The public is demanding that governments around the world stop investing in depleted energy and accelerate a fair energy transition to a carbon-free economy.

“We must immediately join forces to develop and build renewable energy sources that are cheaper and, of course, safer for the planet. A fossil fuel non-proliferation treaty can help,” – said Elizabeth Wathuti, a spokeswoman for the Green Generation Initiative in Kenya.

The Fossil Fuel Non-Proliferation Treaty is part of a global and equitable campaign to stop oil, gas and coal production. The document will offer governments a mechanism for working together to accelerate the transition to carbon-free renewable energy. The document will also regulate the cessation of the search for new deposits and the extraction of new fossil fuel reserves. Other goals include phasing out the expansion and lending of fossil fuels, expanding access to RES and other low-carbon solutions.

We will add that during the climate crisis the world continues to be dependent on fossil fuels. This causes more than 90% of industrial and 70% of anthropogenic greenhouse gas emissions into the atmosphere, which accelerates rapid climate change. It is expected that the people of the Global South will suffer the greatest human losses due to natural disasters, and that their people will suffer from poverty.