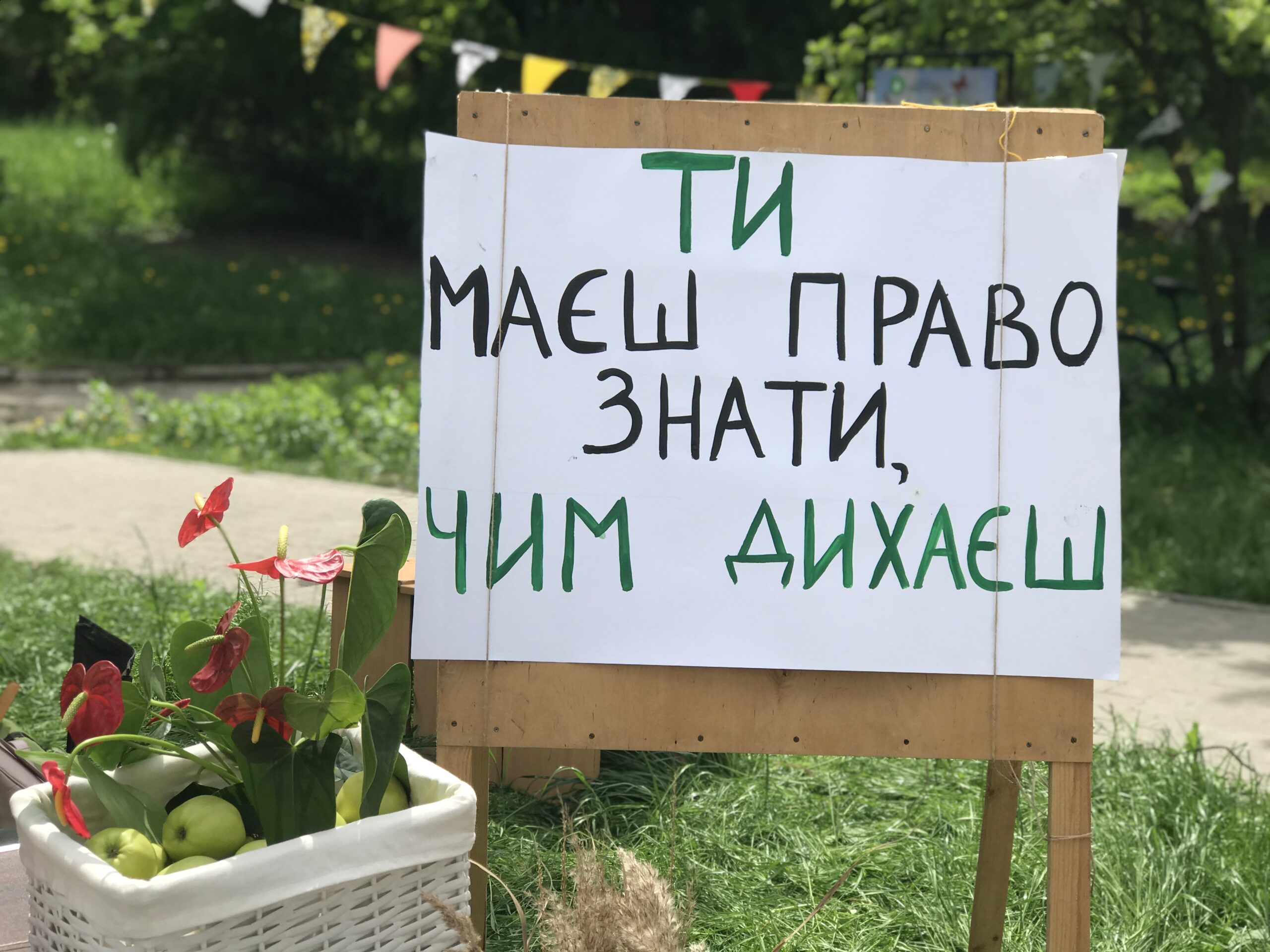 The industry is a consumer of common natural goods: air, land, water resources, etc. Also, the industry is the largest producer of almost all types of pollution. Next generations have the same rights to clean air, drinking water, untouched forests, and other natural resources. Thus, each country should realize the value of a safe environment and build a structure that will meet people’s needs, improve their lives and protect the environment, including biodiversity.

We believe that following environmental goals is an essential background of industrial development. In 2019, when Kronospan Rivne LLC announced the construction of a woodworking plant near Rivne, Ecoclub analyzed a report of how the company will affect the environment. We wanted to ensure that Kronospan’s activities would be safe for human health and the environment, as Kronospan Rivne LLC would use common natural resources (forest, water, air).

We published our remarks on our website and the local mass media. Later Ecoclub received a lawsuit from Kronospan Rivne LLC. Local courts supported Kronospan, but the Supreme Court, Ukraine’s highest court, took the side of Ecoclub, emphasizing that the public has the right to criticize environmentally harmful activities and cannot be convicted.

What do we want to achieve with this campaign?

– safe operation of the new woodworking plant “Kronospancase” which is being built near Rivne.

– installation of air quality monitoring post in Horodok. The post will monitor the air condition round-the-clock and must be connected to the European network;

– compensation to inhabitants of Horodok (in case Kronospan Rivne LLC will harm human health and the environment).

How to join Ecoclub in the campaign for a Safe industry?

– like the Ecoclub page and spread the news about the courts and the course of the campaign;

– assist in the organization of events and online activities;

Publications on the case:

For criticizing the potential damage from the plant, Kronospan sues a local activist

Lawsuit against Ecoclub: consideration of the case on the merits has begun

Lawsuit against Ecoclub: at the initiative of Kronospan the court proceedings were postponed

Representatives of Kronospan have filed a lawsuit against Ecoclub

Ecoclub won the court case against the Department of Ecology and Natural Resources of the Rivne Regional State Administration. At the court hearing on July 1 Rivne Regional Administrative Court canceled the positive conclusion of Kronospan`s environmental impact assessment report.
June 16

THE BEGINNING OF CASE REVIEW: ECOCLUB AGAINST THE DEPARTMENT OF ENVIRONMENT AND NATURAL RESOURCES OF RIVNE REGIONAL STATE ADMINISTRATION

In 2020, the Ecoclub filed a lawsuit against the Department of Ecology and Natural Resources of the Rivne Regional State Administration. We demanded the cancellation of the positive conclusion from Kronospan`s environmental impact assessment.

The court proceedings lasted more than two years because initially, the local courts made an illegal decision to return the Ecoclub`s lawsuit. Subsequently, the duration of the proceedings was affected by the state of war in Ukraine and the participation of many participants in the process (the third party – Kronospan).

With a lawsuit to the Department, Ecoclub challenged the positive conclusion on the environmental impact assessment report of the Kronospan woodworking plant, which made its construction possible.

The court of the first instance and the appellate court did not allow Ecoclub`s case to be considered. We appealed to the Supreme Court to defend the right to cancel the positive conclusion, and our appeal was confirmed.

Ecoclub appeals to the positive conclusion on the environmental impact assessment of the woodworking plant. The conclusion on the environmental impact assessment was issued by the Department of Ecology and Natural Resources of the Rivne Regional State Administration. Rivne Regional State Administration accepted the report of Kronospan and allowed the construction of a woodworking plant. However, Ecoclub’s claim to the Department was not allowed to be considered in the court of the first instance. Therefore, the Ecoclub again appealed to the Supreme Court in the hope of a fair trial.

The Supreme Court of Ukraine acquitted Ecoclub, which criticized the planned activities of the Kronospan woodworking plant and overturned the decisions of Rivne courts, which found the Ecoclub’s publications illegal.

The Supreme Court has recognized that public criticism of environmentally threatening projects is an essential foundation of the democratic system of the state and cannot be limited.

Ecoclub lost in the Court of Appeal

Ecoclub lost the Court of Appeals and filed a cassation appeal to the Supreme Court.

Ecoclub lost in the Court of First Instance

Ecoclub lost the court of the first instance and appealed to the Court of Appeal.

In the lawsuit, Ecoclub asked to cancel Kronospan’s conclusion on the environmental impact assessment. The lawsuit was accepted for consideration and later returned because the documents were signed by a legal adviser instead of the organization’s head. The Ecoclub filed an appeal, which later was rejected.

Members of the European Parliament support the Ecoclub

Member of the European Parliament Viola von Cramon and 25 colleagues supported Ecoclub during the trial with representatives of Kronospan.

The beginning of the lawsuit against Ecoclub

In the lawsuit, they demanded refuting the allegations in the environmental impact assessment report and reimbursing UAH 150,000. Subsequently, Kronospan reduced the amount of compensation to UAH 1.

The public supported the Ecoclub before the first trial.

Representatives of Kronospan didn’t appear at the first court hearing. They did the exact five times.

Ecoclub’s position on the report on environmental impact assessment

Ecoclub sent a letter to the Rivne Regional State Administration and published on website position on Kronospan’s report on Environmental Impact Assessment.

Locals wanted to draw attention to the potential damage from the woodworking plant and organized protests on Independence Square in Rivne and near the Rivne Regional State Administration. They also blocked the Ustyluh-Lutsk-Rivne highway.

Public hearings were held in Gorodok to discuss the environmental impact assessment of the Kronospan woodworking plant.

The regional authorities and investors signed a cooperation agreement

Ecoclub received the first appeals from the community.

A resident of Rivne requested Ecoclub: she was concerned about the intentions of the future woodworking plant.

The order contained information about the sale of a land plot of 22.7462 ha for TECHNOPRIVID INVEST GROUP LLC for UAH 3,278,039.